The MC Red Dingo is a hybrid design that evolved through Maurice's own surfing. Maurice was looking for a longer board to be more competitive in crowded lineups, but he didn't want to sacrifice his trademark speed, flow and hard carving maneuverability. 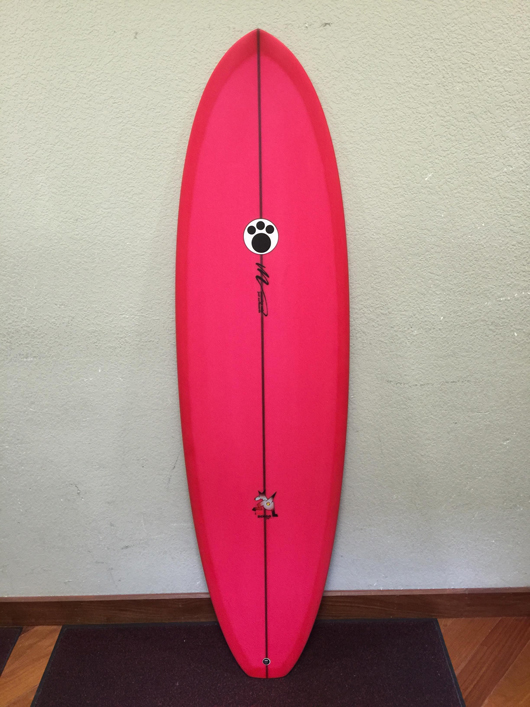 This board over delivers and takes the "funboard" stigma off of this size category. If anything, think of it as a "funner board". Or as John Graham puts it, "it's a fun board, not a funboard". 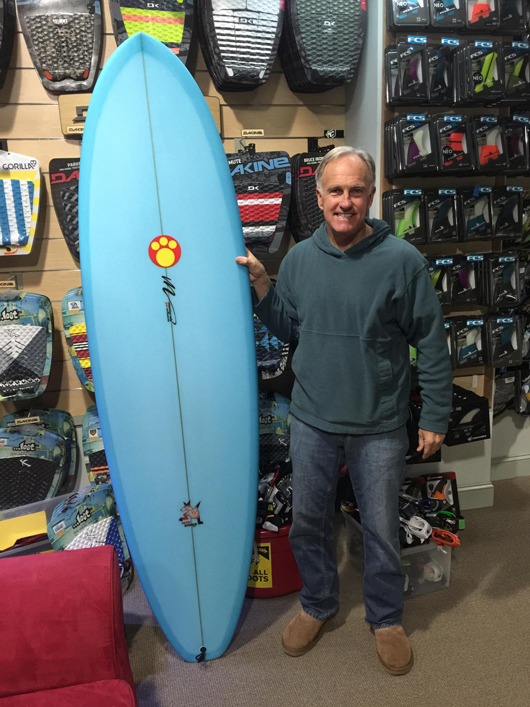 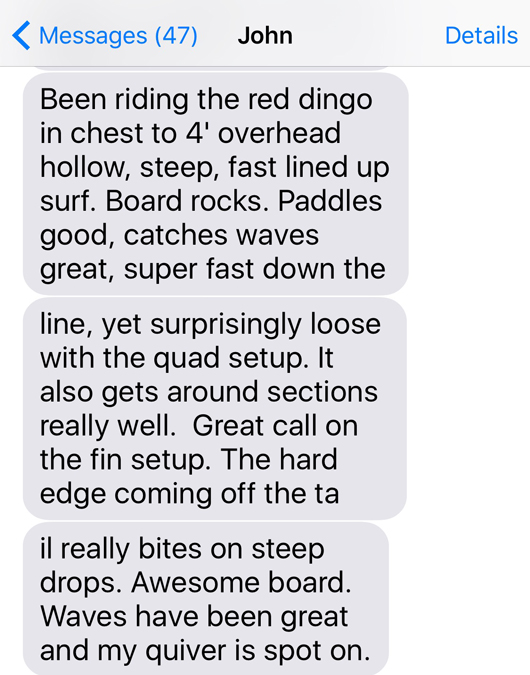 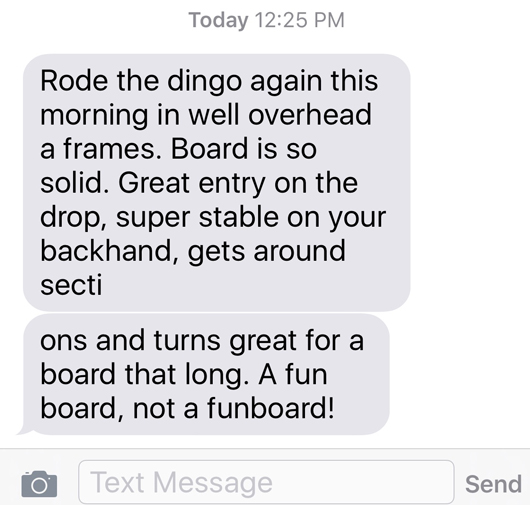 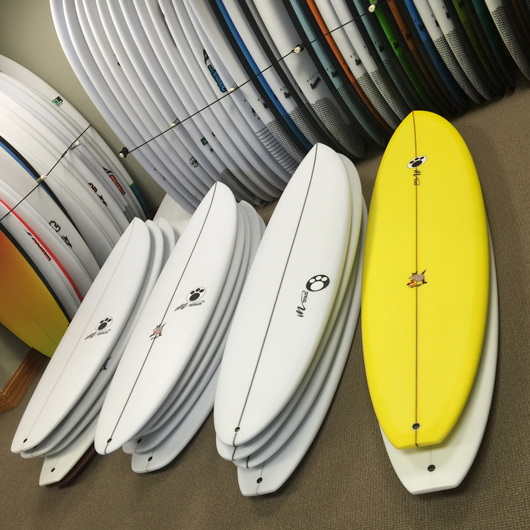 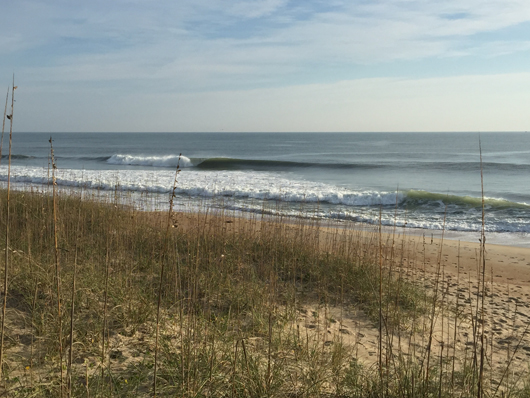 This size range of boards has been under served for quite a while. Normally the only thing you’ll find here are recreational funboards, semi guns, or big guy shortboards. The MC Red Dingo pairs up a nice hybrid outline with a concave bottom and performance rocker to deliver a unique performance level for those looking for a board with better paddling and more volume. 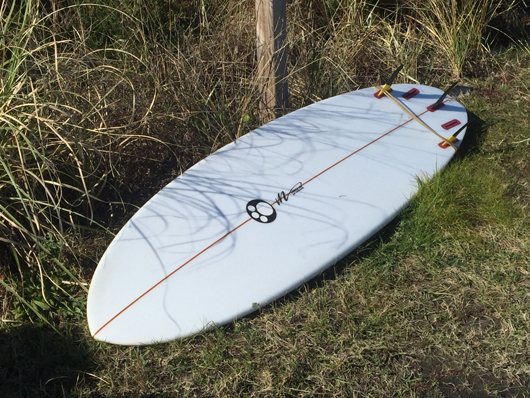 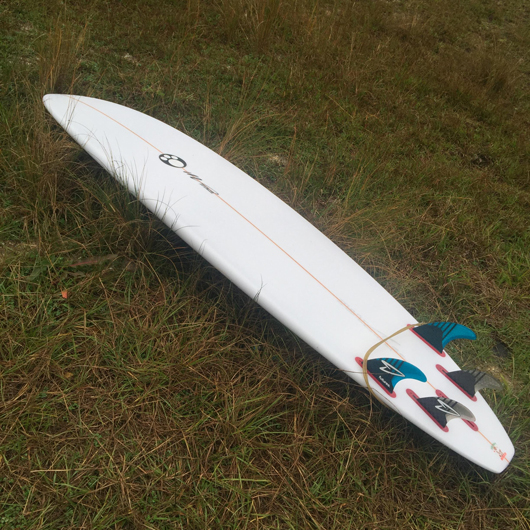 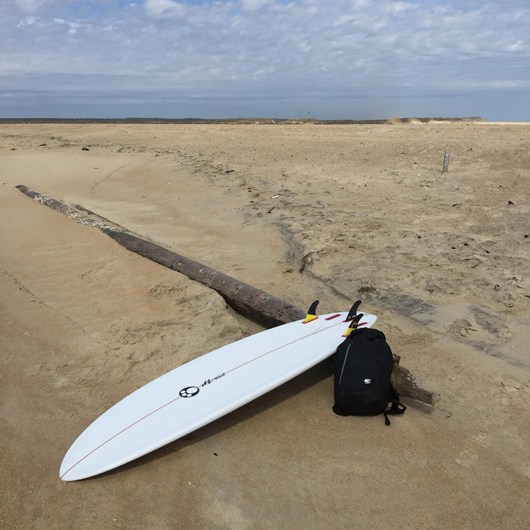 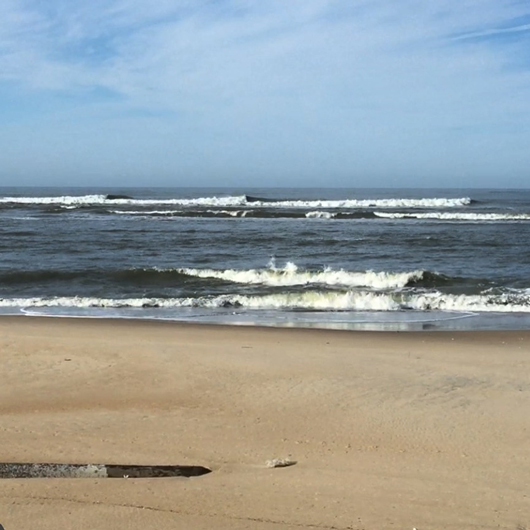 You’re looking for a larger, well-rounded hybrid that rips. The Maurice Cole Red Dingo serves it up like Maurice; fast, flowing and hard carving with style.