What do tail patches do for your surfboard? 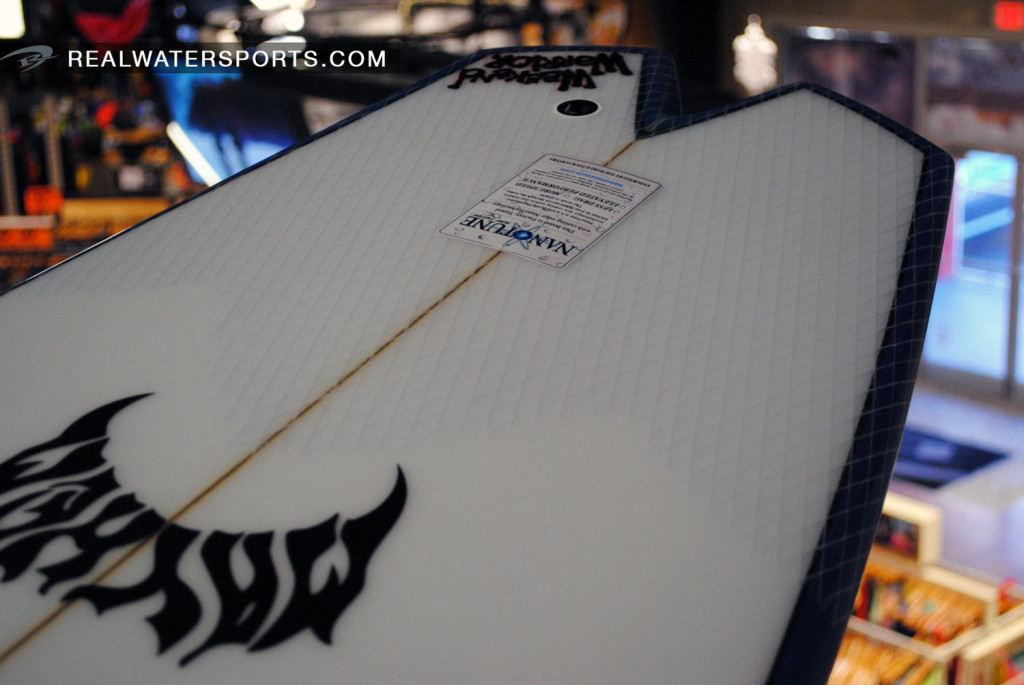 …Lost surfboards have recent starting shipping new surfboards with white tail patches instead of the carbon patches we are all used to. The big question is: why?

“”We are now shipping our 2014 …Lost Surfboards with our exclusive white Poly-Propelene tail re-inforcement patches.

The Poly Pro is a flexible, Polypropylene mesh, used for re-inforcing the tail area of the surfboards. Unlike many of the “fashion over function” patches that many brands are now randomly tossing onto tails, this material creates a significant structural addition under foot. It does what it is intended to do…hold the tail together under heavy use.

Unlike the vast majority of the various black strips placed along tails over the last decade, the PolyPro uses no carbon fiber. It is much more flexible, allowing the boards natural torsional tip to tail flex patterns to remain. The opaque white mesh creates a much more subtle “clean” look, to the tail, and aesthetically looks and feels fresh and new.

After years of everyone slapping so many different carbon patches on the tails of boards, it just seems time to re-introduce a cleaner look. Oh…and by ditching the carbon strips, we are also inadvertently reducing our carbon “foot print”…..full pun intended.””

What do Carbon or PolyPro tail patches do?

If you look at where a well used surfboard breaks down, it’s normally under the heel of the back foot. First dents, then huge dents, then the rail splits and you get water inside. Then you fix it, but sometimes with water still inside. Then you get what’s called “rail cancer” where the rail simply falls apart, little bits at a time, ie. This board is done, time to get a new stick.

The reinforced tail patches of any material do the folloing:
1. Slow the denting and crushing.
2. Keep tension around the entire area, to keep all the “parts” together. This prevents the cancer from either starting or spreading.
3. Add a cool aesthetic to the tail. 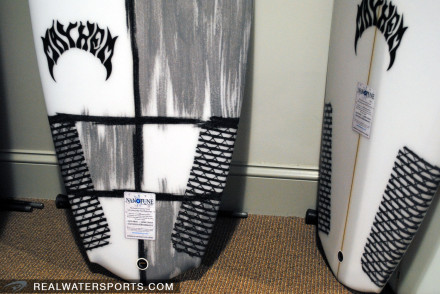 Over the last several years, many shapers have opened up the carbon weaves to make the carbon patches more flexible to blend into the flex pattern of the board better. The new …Lost PolyPro is a step in this direction, while at the same time adding a new fresh look to their new boards. Is Carbon better than PolyPro or vice versa? No. The proper use of either is better.

For example, if you throw solid 6oz carbon tail patches on your tail, it sure would look bomber, but it also wouldn’t flex at all. Likewise, if you ran the strength threads on the PolyPro in the wrong direction it wouldn’t make much sense either. Both materials are being used throughout the board building industry, but understanding the mechanics will open up the reasoning to why you are now seeing more open carbon weaves and new carbon-less materials.

All boards pictured are in stock (at the time of writing) and ready to ship! 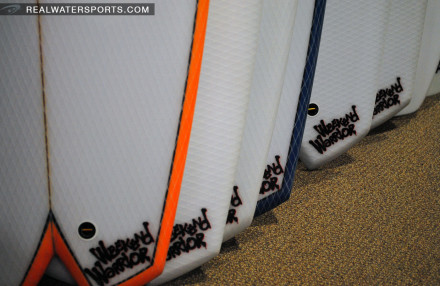 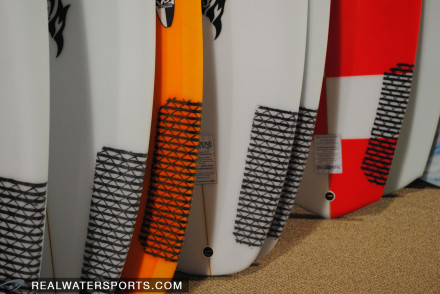