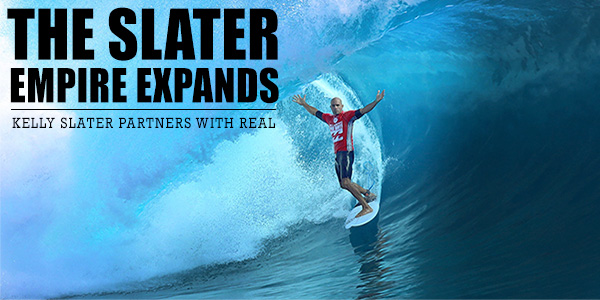 As they say “The Proof is in the Pudding”, so if we look back at Slater’s long standing relationship with Cape Hatteras, we see it as the first “big wave” that humbled him early in his gromhood, as well as his 6 Eastern Surfing Association Championship Titles at the Cape Hatteras Lighthouse. Kelly has even stood ground in the fight to preserve beach access in the Cape Hatteras National Seashore. “The Cape Hatteras Lighthouse has stood as a symbol of East Coast and US surfing since I can remember and is a mecca for easterners and all US surfers alike.”

The Matchmaker…
What brought them together, you ask? Kelly’s been looking for a solid partner for the KSWC for quite some time. He was even quoted in Surfing Magazine as saying “the ultimate location for my pool will be a resort, already located in a good wave location, that wants to guarantee a first class surfing experience. This location will have everything onsite, including a surf shop, restaurant and bar, and first class accommodations.” If you’ve been to REAL, you already know it’s a dead on match for what Kelly has been looking for to launch his KSWC Wave Pool.

Kelly’s association and now ownership of Firewire is what brought Kelly and REAL to the table. Kelly being the gear head that he is, immediately gravitated to Daniel “Tomo” Thompson, Firewire’s futuristic board designer, to give him the upper hand on the next generation of surfboard shapes and technologies. With Tomo’s next level knowledge of surfboard design, Kelly immediately realized that the influences in hydrodynamics were not only coming from surfing, Tomo was also talking about kiteboarding, hydrofoiling, even sailing and how all of these “boards” were influencing each other. Slater has many friends around the world who already kiteboard or kitesurf, but hadn’t tried it himself. Tomo immediately said…”You have to go to REAL! They have the ultimate setup. Surf shop, school, restaurant, accommodations, live music, all right on the water. It’s a first class operation, plus the people at REAL are great. Really switched on and into what they’re doing”. The match had been thrown in the gasoline…

“We’ve been waiting for the right partner to take REAL to the next level for a while… someone who could add more than just money to our program. Partnering with Kelly is a no-brainer, but when you see what’s in our combined futures, it’s a jaw dropper.” – Matt Nuzzo REAL Co-Founder

“I think it’s the perfect partnership. I had always heard about REAL, but until I actually went there, I had no idea it was that big and that…well… insane! You can’t go out and build something like what REAL has and pull it off with out a lot of thought and planning. And since nothing like it exists anywhere in the world, where do your ideas and concepts come from? Rather than Slater signing with money and the hopes it will work, he signed with REAL and knows it will work. I’m excited to see it happen and over the moon to have Firewire be a part of it.” – Mike Mulligan – Firewire National Sales Manager

Is the Outer Banks too far “Out There”?
While REAL may be the perfect partner, is Cape Hatteras the perfect location? At first it definitely seems isolated and off the beaten path. “What drew me more and more to Cape Hatteras as being a viable location for this project were the “drive to” stats. Over 50% of the US population can drive to Cape Hatteras in less than 24 hours. It already has the lore of heavy tubing beachbreaks and being ranked among the “Top 10 Beaches in America”, but the drive to statistic is undeniable.” Not even included in the drive to stats is the Canadian contingent, which Cape Hatteras has always been a top ranked destination for. “Sure most people would rather go to the Mentawais, Micronesia or Tavarua….but can you drive there? Can millions of people drive there? Does it have the surrounding accommodations and infrastructure to support that level of tourism? This is what Cape Hatteras has that literally no other surf location in the world has.”

The Pool and The Plan
REAL has already retained Overton Engineering to develop preliminary site work sketches and pool location. REAL Co-Founder Trip Forman designed the current REAL site plan and had this to say about the KSWC expansion: “Our goal with the new KSWC layout is to have the pool as close to the Pamlico Sound as possible, creating an infinity wave pool experience where beachgoers can watch both surfing and kiteboarding action at the same time, both in perfect conditions. We’re even bringing in REAL Slider Park kiteboarders Joby Cook, Jason Slezak, Eric Rienstra and Brandon Scheid to consult with us on the construction of a “Wall Ride” slider running the entire waterfront edge of the wave pool. Whether you’re surfing, kiteboarding or just sitting on the man made Cape Hatteras sand beach taking it all in, this is going to be a one of a kind development.”

When looking over the site plan and hearing Forman speak about the details, it seems as if nothing has been left to spare. A new 20,000sq ft “Aquaplex” will be erected just east of the pool containing VIP boxes, shaded viewing areas, a restaurant and bar, ping pong, billiards and foosball tables, locker rooms and a stretch/yoga area. Single bedroom efficiency apartments will be located upstairs, all with outdoor decks over looking the pool and Pamlico Sound. There’s even a Tiki Bar on the “island” in the middle of the pool. “For anyone who has participated in a development of this size, you know the design and permit process is a lengthy one. Typically you spend more time on the front side, before even breaking ground, than you do on construction of the final masterpiece. It’s all worth it though if you want to make it perfect. Based on the timeline of the current REAL Resort, it’s looking like we will be breaking ground Fall 2016 with a Spring/Summer 2018 Grand Opening.”

“We’re excited about the next step REAL and Kelly are taking together. I grew up surfing the Outer Banks and have been a big time fan of Kelly’s forever. We can’t wait to see the rollout of the two new bars at the KSWC Pool at REAL. The coldest Carolina Brewery beers on draft served over perfect waves with an epic sunset backdrop. That’s “Cheers” Carolina Style!” Robert Poitras Founder/Owner Carolina Brewery

Tech to the Next Level
Sure you’ll be surfing the world’s most perfect, predictable wave, sending your honed wave cracking skills through the roof. But will anyone believe you that you landed that mute grabbed 540? REAL’s close ties with Soloshot led to the idea of mounting a 360 degree Soloshot Camera system atop the Tiki Bar in the center of the pool. Included with the surfing pass will be free use of the Soloshot equipment and live surfing footage streaming in the Tiki Bar, the KS Aquaplex Bar and also at Watermen’s Bar & Grill. Since the pool is circular, the Soloshot Camera will rotate indefinitely, capturing every surfer and every wave. The Soloshot Camera can capture up to 10 riders for each camera, so additional wristbands can be worn by kiters riding the surrounding Wall Ride feature. Take away raw footage and edited videos will be available at an additional fee.

Introducing WHEELHOUSE
When you combine the surfing and performance feedback capabilities of Kelly Slater with the mad science design skills of Daniel “Tomo” Thompson and the high end production technologies of Firewire, what are the limits? It almost seems like an unfair advantage, having all of these powerhouses under one roof, but the surfing world doesn’t care about fairness. They care about performance and that’s what the trio is geared up to bring to the table. The first WHEELHOUSE model due to release Summer 2016 is the KS Signature “Black Magic”. Kelly is already committed to the R&D process, running prototypes through the paces at his favorite waves around the world. His goal? To make a board as fast and free as a Tomo Vader that is capable of taking his surfing to the next level. For a surfer who has lead us down many avenues of futuristic board design (some good and some not so good) this is one that is definitely worth keeping an eye on.

Where will Kelly take surfing in man-made waves if he can pull this stuff off in Mother Nature?

The Final Chapter
Is Kelly Slater done with the WSL? Will the REAL/KS Partnership be Kelly’s graceful exit from competition and into surf industry domination? Or will he spring atop again, aboard his new Tomo Black Magic to crush a third generation of up and coming surfers? In typical Kelly Slater style, he dodged any direct response to these questions and left us with… “It’s funny. My surfing career and travel path have come full circle. It started in Cape Hatteras and here we are again.” – Kelly Slater