The Contest Winning Surfboards You Need To Know About

There are a host of major surf contests that take place in the USA throughout the summer and fall. We’ve picked out 3 of the biggest and taken a look at the boards that guided the winners to victory!

Perhaps the biggest and most important surf contest of the year in the US is the Hurley Pro (a stop on the ASP world tour). This year saw smaller conditions than normal and Taj Burrow beat out Julian Wilson in the final, putting on a show and taking the win. He did it on a cross between his two …Lost pro models: the Taj Whiplash and the Taj Beach Buggy. 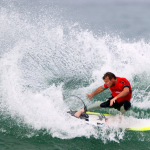 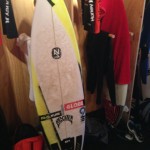 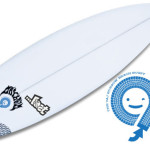 With most of our in stock Beach Buggy and Whiplash boards coming in around the 28L – 30L mark (better sizing for us regular surfers) – it’s definitely a shape worth checking out! According to Taj, “My board kept getting better and better and it felt great towards the end. That’s how you want to win an event, peak at the right time.”

US Open of Surfing

Back in August Alejo Muniz won the Vans US Open of Surfing in CA. His stick of choice was a new model that Matt Biolos (…Lost) had been working on called the “V2 Shortboard”. The dimensions were 5’11” x 18′ 1/4″ and at the time the board was unavailable. Fortunately for all of us – the V2 Shortboard is here and ready to ride (we’ve got a whole stack of them in stock!). 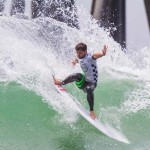 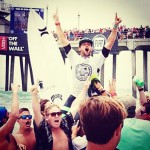 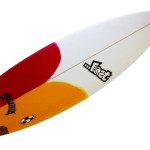 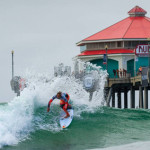 The O’Neill CWC is a speciality ASP event that this year included mostly unsponsored surfers competing for the grand prize of a $50,000 year long sponsorship with O’Neill.

This year Torrey Meister won the Cold Water Classic at Steamer Lane on his 5’11” Roberts Black Punt. The Black Punt is a favorite for Roberts team riders because it’s a high performance shortboard that still has solid paddle power! 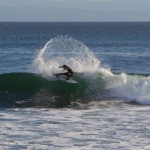 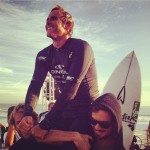