When REAL Teamrider Jason Slezak climbed aboard the 60 foot catamaran “Discovery” along with Reo Stevens and Patagonia surfboard shaper Yvon Chouinard, the crew was beginning a very different journey than most kiteboarding boat trips. Instead of heading towards the equator in search of blue water and desolate white-sand islands, Discovery was headed deep into the cold, relatively untouched wilderness of Patagonia. Their goal was to explore the region in search of untouched kiteboarding spots.

“In four previous crossings of the Pacific, a kaleidoscopic and wistful throng of islands has captivated my imagination, but they have always been just too far out of reach. To get there would require a longer crossing than I have ever sailed, nearly all of it in open ocean below 40 degrees south…a band of latitude known as the Roaring Forties and Furious Fifties…A cold, lonely, impossibly large and wild place with no hope of support if something goes wrong…So this year we went.”
– Gavin McClurg, Author Patagonia’s “The Tipping Point” 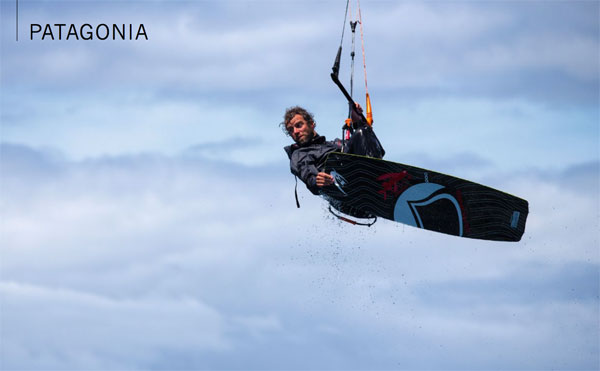 “1,000 miles of granite peaks encased in ice and snow. Uncountable uninhabited untouched islands. Glaciers that descend to a dark ocean bustling with strange fish and sea creatures…Virgin forests with pancake shaped leaves the size of large trucks drip with eternal rain, hanging over crystal clear lattices of geothermal pools. Patagonia. Where God possibly imbibed some supernatural LSD and applied his watercolours by hand instead of brush. The decision to come here had been in the works for years. But the tipping point was reached only very recently…”

Read the Full Article: Download “The Tipping Point” from Patagonia 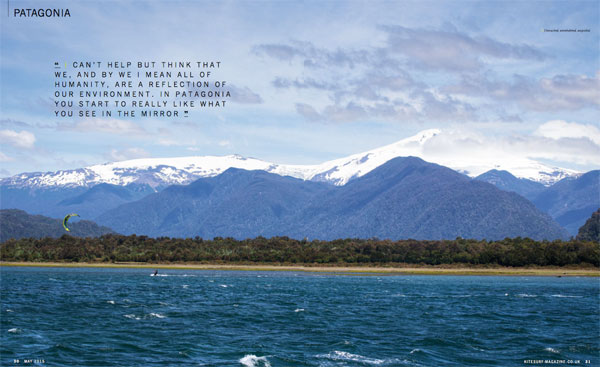