REAL and Liquid Force have been a united force in the kiteboarding industry since 2001. When you think about the length of this relationship, you need to go back to REAL in the original Buxton shop stocked with Liquid Force Pickle Forks and 2-line Flight Kites to paint a picture of when it started. Liquid has always been the leader in the kiteboarding twin tip market, but what lacked in the beginning was a solid kite designer that could bring their wings to the level of their kiteboards. 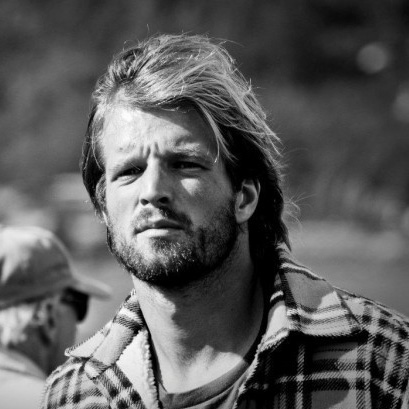 Julien Fillion starting designing kites for LF in late 2006 and immediately produced the Liquid Force Havoc, a truly revolutionary design at the time. Since the release of the Havoc, this ground breaking hybrid has been one of the most copied and imitated kites in kiteboarding history. When asked how he would improve on his industry leading design, Julien’s answer was simple : “We will add leather”.

Many kite designers are better kept locked up designing and tinkering with kites. Not Julien. If he’s not designing the worlds best selling kites, he’s designing SUPs, Kitesurf boards, Wetsuits, Impact Vests, even an Aqua Lung for his towering jaunts at Jaws. It’s even rumored that Julien surfed one of the largest waves of the winter, every piece of his equipment designed by…you guessed it – Julien Fillion. And while designing all of these pieces of equipment, Julien threw us all a curve ball and started his new musical super group “Trusted Waters”.

With so many different things going on, and so many of them being a world-class success, many began to wonder which road Julien would take. The real question became : It wasn’t when Julien would take the next step, it was how revolutionary Julien’s next step would be.

What the World has to Say…..
“I saw it coming from a while out. Julien’s talents are so far beyond what is out there right now, it was just a matter of time before he broke out on his own. What blew me away was the concept of his new company. Julien’s always thinking three steps ahead and this time he was 6 steps ahead.” – Matt Nuzzo REAL Co-Founder

“When Julien asked me to be on the JF Team, my only response was “Why did you wait so long?!” Some of the projects that we’re working on will erase the barriers between some of the most progressive sports in the world. I can’t talk openly about them now, but ‘less is more’ has always been one of Julien’s mantras.” – Jason Slezak JF Teamrider and Patagonia Ambassador

“Julien definitely took Liquid force to the next level, but the writing was on the wall. The better the LF gear got, the more Julien wanted to diversify. At one point, he was designing kites, control bars, kiteboards, wetsuits, standups, surfboards, even a unique guitar that he uses on stage with Trusted Waters. Can Julien design everything? Julien might be the only person that truly knows the potential of everything.” – Trip Forman REAL Co-Founder 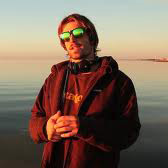 Julien Fillion on Julien Force
“Working with Liquid Force has been a dream for me. But over time it became apparent to me that Liquid’s only concern was producing the best kiteboarding equipment for kiteboarding. For me, my true passion is doing everything. Sometimes it’s not windy, or it’s even raining. This is when I get together with my musical contacts and form coalitions like Trusted Waters. The longer I worked with Liquid, the longer I realized my true potential to experience and lead in everything was being held back. This is when I decided to take the leap and start my new company, Julien Force.”

“When I think about what Julien Force represents, I think it is limitless. Kite one day. Ride a 6 foot SUP the next. Tow into Jaws one day, then play live on a stage with Trusted Waters the following day. With my life there are no limits and with Julien Force it will be the same.” – Julien Fillion, JF Founder, Designer, Teamrider and CEO

Julien Force 2013 Gear
For their initial 2013 offering, Julien Force will be producing a limited run of the following gear:

JF Everything: One Kite, No Limits. Factory hardwired to work seamlessly with your GoPro Camera, I-phone and GPS.

JF Julien and Jullienne: A Guy and Girl Twin Tip, specifically designed to excel at everything you can throw at it. Both come with built in, waterproof MP3 players, pre-loaded with the Trusted Waters Box Set.

JF Border Patrol: When it comes to directional boards, Julien is so far ahead of the curve that he cut straight to the finish line. The Border Patrol is a unique blend of kite-surf, kite-race and standup. “When I travel, I only want to travel with one board. My standups were getting so short and my kitesurf boards so long, that I decided to blend them into one shape. The first prototype worked perfectly.” – Juline Fillion JF Founder, Designer, Teamrider and CEO

Get on the Waiting List!
Pre-Orders for all 2013 Julien Force Gear are being accepted at the exclusive North American Headquarters for JF Designs, REAL Watersports. Most industry sources say that given Julien’s reputation worldwide, the demand for new gear, designed without limits, will be unprecedented – so CALL NOW if you want in. Toll Free 866-REAL-548 or International 252-987-6000. *Dealer Inquiries Accepted.