How to "Take" a Session | Snow kiting Czech Republic

…That’s why they call it “taking a session”. 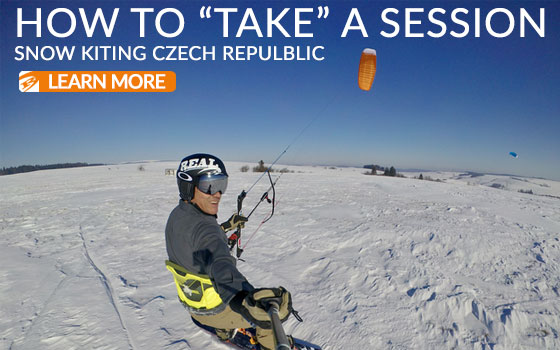 This one goes out to all the Dads out there that say your kids, your wife, your job or whatever other excuse you have, won’t allow you to take any sessions.  This is a short story about dreams of a blue water kite and surf excursion that gets scrapped at the last minute due to family obligations.  That being said, we still scored.

Lucie and I had planned our annual Puerto Rican pilgrimage to Villa Sessions at Shacks Beach for the better half of January.  Everything was in place.  We had approval from the kids’ school to take them out for a few weeks. Our schedule was sorted at the shop.  My new Vernor Kitesurf, …Lost Puddlefish and Voodoo Child surfboards had all arrived. We were ready to roll, and then the curve ball came out of nowhere.

Lucie: “No really. We have to go back to Czech to take care of some stuff with my family.”

And just like that, the image of ripping turns on blue water waves evaporated into thin air.  You know what they say, family first.  Lucie and I are strong believers in that saying, and we were trading in our surf trunks for down parkas.

Czech does not have the tasty blue waters of Puerto Rico, but it does have great food, better beer and vast snow covered rolling hills.  The climate and culture are similar to that of an older version of Quebec. 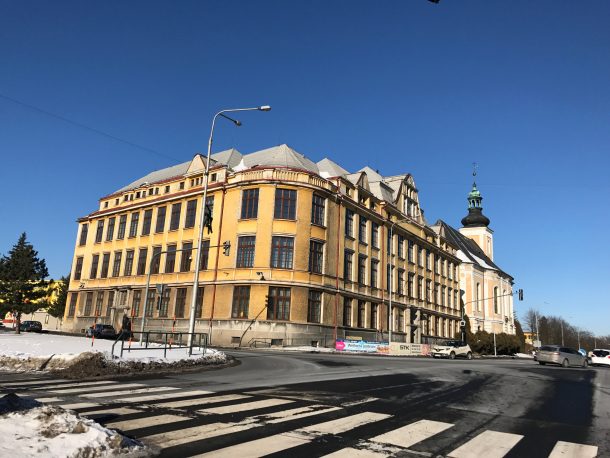 There was no question in my mind that a coffin bag was going on the Euro trip with us.  We traded in the surfboard for snowboards and the inflatables for foils.  Thanks to the crazy fast production time with our friends over at Ozone, we had two Ultralight  Frenzy V10s manufactured and delivered to us at REAL with in 11 days of placing the order.  Mike at Mervin Manufacturing got us some snowboards that he thought would work killer for snowkiting. Any trip is always a great time to buy new toys, and this one was no different.

As we packed American style with TONs of stuff and every bag bricked out to the 50 lbs. weight limit, Lucie and I questioned the necessity of that 70 lbs. coffin bag with the snowboards, harnesses and snow kites.  There was no doubt it was coming with us.  The logistics of getting our family, all our bags plus this bricked out snowboard bag to the check in line never the less on a 24hr journey across the world was not going to be easy.

We thought it was supposed to be the other way around on vacation but while we only get to Czech once in a while, we need to make visiting family our priority.  That being said the sessions were a must and lugging that extra bag had to be worth it.

The thing that I was not counting on were the amount of time that “lunch” takes.  Lunch in Czech can literally be four to eight hours long and include three to four different servings of food, lots of pivos(beers), Slivovice(super strong home made plum brandy), and long conversations that I have no idea what is going on.  When planning our schedule, Lucie told me about all of the family lunches, and I never thought that they would cut into our session time. When it is light at 7:30am and dark at 4pm, family lunch can really crush your session dreams.  Doesn’t matter.  Family first.  We would find a way to get some sessions out of this trip one way or another.

The snow pack around Hlucin(Lucie’s home town) was not quite what it had been in  past years so we couldn’t walk to the rolling hills that surround the town to snow kite as we had planned.  Plan B was to drive an hour to Ryzoviste that had some known snow kite spots.  We had lunch plans at 2pm that day, so we dawn patrolled to this place we heard would have some potential. 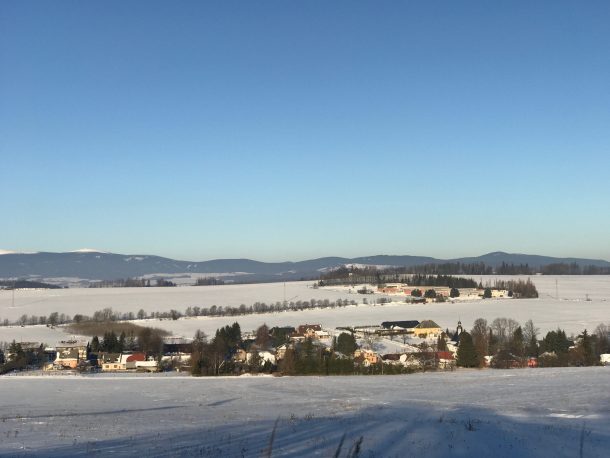 Remarkably we found the location, parked, geared up and boot packed it up to the top to the kiting spot.  To our amazement, we scored one of the few blue bird days and there was a perfect and steady 15mph of breeze.

Lucie had not snow kited since one of REAL’s first snow kite trips to Colorado in 2002.  She was right back on it like she had never left and she was smiling ear to ear. She was elated to be cruising on a kite in her home country.

The riding location had wind blown snow with good coverage and it was the steadiest breeze I had ever snow kited in.  That and the Frenzy Ultralight V10 is an amazingly stable kite.  This kiting spot was massive and then you could ride through a break in the fence and keep riding up hill to a higher area that doubled the riding terrain.  This location could hold hundreds of kiters and there were only four of us out there.  There were tons of natural features to boost and slash turns on.  This place was epic for snow kiting.

A few hours later our legs were jelly and it was time for us to rush home to our next Czech style lunch.

To all the Dads out there:

This is why they call it “taking a session”, because you actually have to take it.  You have to be active in wanting it to happen and then getting after it. The extra bags, the extra fees, and all the extra hassle will all be worth it when the universe aligns and you get that magic session.  If it ends up not happening, at least you went down trying!