The Futures Ride Number scale has made choosing fins as easy as two simple questions:
1)What size fin are you (weight)?
2)What kind of feelings do you want to add to your surfing?

The experts at Futures Fins have created the Ride Number scale to make choosing your next set of surfboard fins easy, allowing you to pair the right fins with your quiver and conditions. Ride Number is a scale from 10-1 illustrating the difference between fins that generate speed and fins that control speed. A fin’s Ride Number is determined by its foil, rake, and flex. 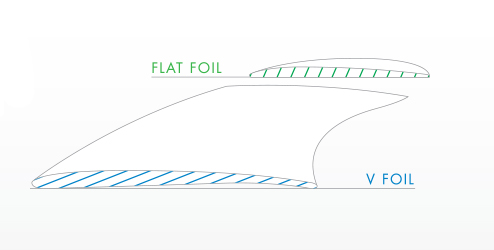 Foil is the shape of the fin from the front to the back- this is what effects how water moves past the fin. Futures offers three foil options for fins: flat, V2, and V foil. Flat foils work best at controlling speed in powerful surf, while V and V2 foils are smooth rail-to-rail, and have more speed generating characteristics.

Rake of a fin determines its pivot and drive. The rake is the fin’s arc, or how far back the fin tilts. Fins with more rake are more stable in larger surf and are better for powerful, carving surfers. Less raked, or more upright fins, are great for surfing in the pocket and allow for snappy surfing in weaker waves. Rake options for Futures fins include upright(low), blended(medium), and laid back(high rake). 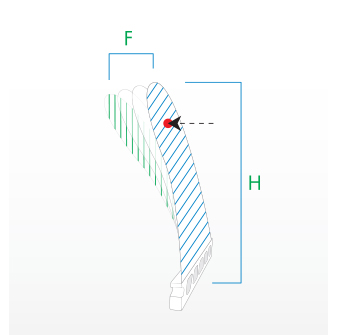 Flex of your surfboard’s fins directly relates to how your board will perform, both when the fin is loaded up at the apex of a turn or carve, and exiting the turn as the fin unloads. Flex is the highest ranking factor determining a fin’s Ride Number. More flexible fins generate speed and allow for a springy, lively style of surfing. Stiffer fins allow for control in bigger surf, at high speeds, and have a solid, predictable feel.

On the left side of the Ride Number scale, fins rated 10-7 are described as springy, fluid, and responsive. These are typically fins used in smaller, weaker surf, or by light-footed surfers, to generate speed. Fins within this range have been characterized as great for performance when conditions are lacking push. They also have the most flex and curved foil making them exceptional at generating speed.

In the middle of the scale, fins rated 7-4 have a balanced blend of speed generating and controlling characteristics. Balanced fins are designed to perform both on big days along with feeling loose and lively on those average, everyday waves. Most of these fins are made with the honeycomb construction- they carry medium flex and have flat or subtle foils.

On the right end of the scale are fins that are designed for powerful surfers and powerful waves. These fall in the 4-1 range on the Ride Number scale. These fins are designed with flat foils and feel solid, engaged, and predictable. They are great for bigger surf because their stiffness allows them to engage and be pushed hard when carving at speed. “Speed controlling” fins are made with the techflex and fiberglass constructions. These fins go great with your step-up board or gun for the next big swell.