The Chilli Cherry Peppa is a fast, skatey, little rocket of a board with good turns and glide. The 'Peppa lights up average waves with extra power and speed.

The Cherry Peppa is the ultimate summer time surf pal!

The Chilli Cherry Peppa is a fast, skatey, little rocket of a board with good turns and glide. The 'Peppa lights up average waves with extra power and speed.

The Cherry Peppa is the ultimate summer time surf pal!

The Chilli Cherry Peppa is best described as a skateboard for the water. It features a generous, stable width, flatter rocker and fullish rails. The flat deck and fuller rails are compensated by thinner thickness dimensions. There's a bit of kick out the tail combined with double concave to vee, providing good turning ability. 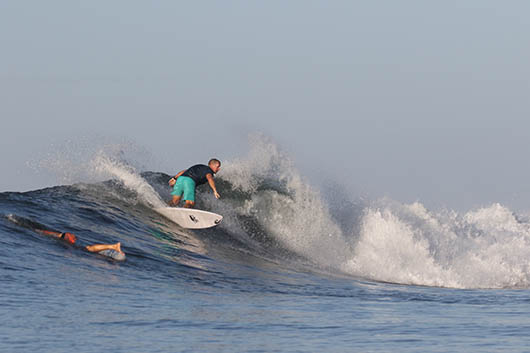 This board fits well into the small to midrange wave category, providing good power and speed when the waves don't have that much to offer.

The Cherry Peppa boasts easy paddling and wave catching ability, quick acceleration, solid drive for creating speed, plus the ability to crank hard turns. While the width is generous, it is slimmer than full on grovelers, giving it quicker rail to rail transitions for generating speed. The wider nose and tail, combined with modest width gives the board a drivey outline, also good for generating more mph's. The double concave to vee tail gives good release through the turns loosening up all of these speed creating elements. All in all, this board is really fast and lively and adds a good bit of zing to average surf. 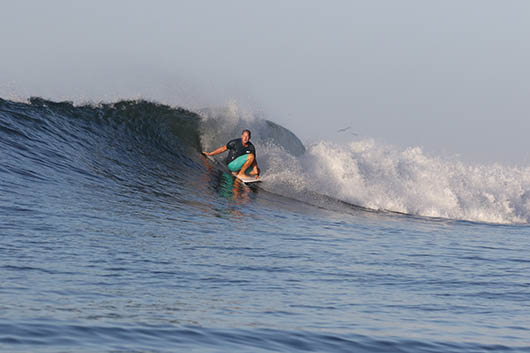 We surfed our Cherry Peppa in Cape Hatteras beach breaks as well as El Salvador points. In the beach breaks the more modest width (compared to full on grovelers) engaged more quickly and provided quick rail to rail transitions for creating speed. This creates the sensation of a livelier board. In these conditions we used a thruster set up with Futures Roberts Generation Series fins. The thruster set up added more pivot to the turns, and provided more turns per wave on the short sectioned waves.

We switched to the quad set up (same fins) and also used a middle finger fin (nubster) on the long drawn out points in El Salvador. The quad set up was great on the points providing a bit of added speed and high line drive. On the punchier days, adding the middle finger keeps the board more positive and let's you drive harder through full wraps back into the pocket (like a thruster). 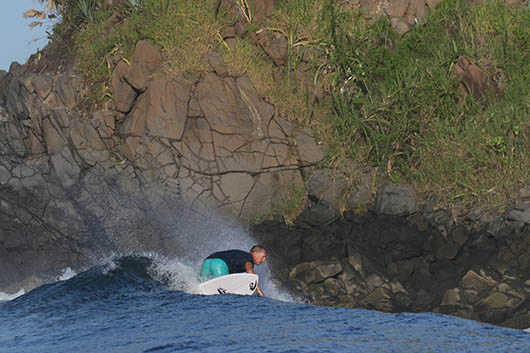 We surfed our Cherry Peppa in waves ranging from thigh high up to a bit overhead. The board really shines in thigh to head high surf. It has plenty of speed and power to be surfed in smaller surf especially with intermediate and above surfers who surf with an active style of creating additional speed. The Peppa responds to this input with a lively and fast feel. In larger surf the modest width (compared to full on grovelers) stays fast and in control with a higher top end speed. 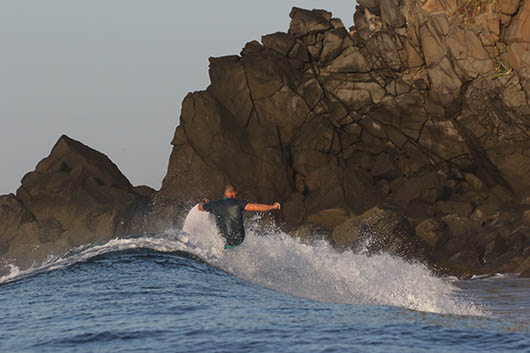 The Cherry Peppa can fill several different slots in your quiver. Advanced surfers will love it as their groveler and also for driving fast down long points. It fills the "tweener" slot for those who like added width and glide in their rock bottom groveler but want a one up that's easy to surf, reactive and fast. The Cherry Peppa would serve you solid as a single board quiver in places that have average surf, more often than not with some slope, where a fast board helps to get you litt up.

The flatter deck and fuller rail means you will be riding this board "thinner" than your normal dims to achieve the same feel under foot. 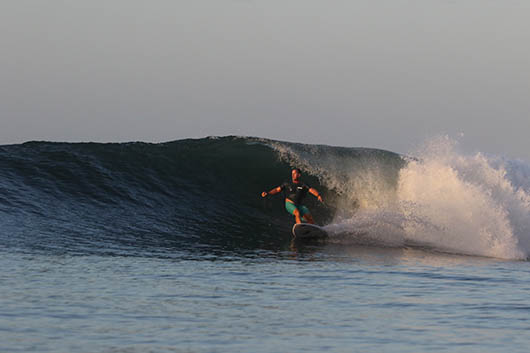 It's important not to supersize the Cherry Peppa as the rails will end up too thick for controlled turns at higher speeds. You're best to size the Peppa at your performance volume up to a liter+ above. The efficient/fast design of the board will do the trick for you in gutless waves rather than having to pack on a ton of extra foam. 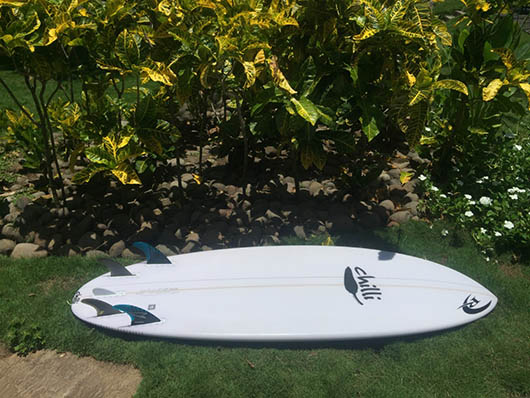 The outline, rocker and performance of this board excel in slopey waves, where the speed generating capabilities and glide really shine. As long as you're riding it around your performance volume or just a bit above, you ride it in curvy waves and score some good tubes as well. 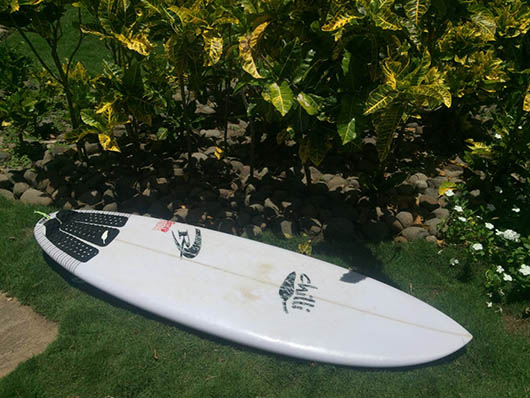 We used the Chilli Classic 3-piece tailpad on our Cherry Peppa. This pad opened up a bit is a good match for the tail shape and width of the board.

Why You Want a Chilli Cherry Peppa

You want an agile, reactive board that adds speed and power to gutless waves. The Cherry Peppa lights it up and turns average days into fun ones. 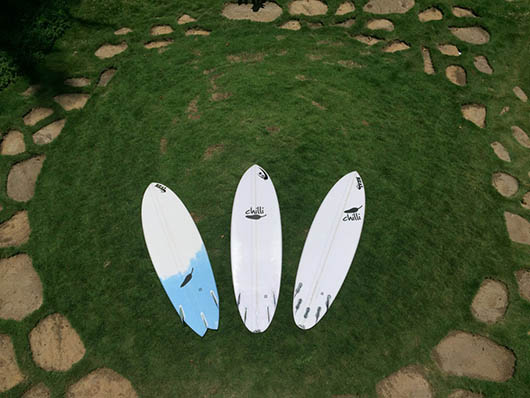 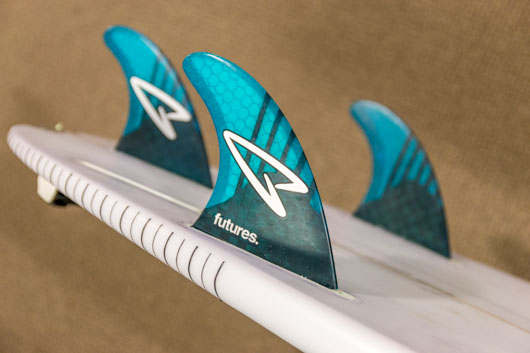