The Maurice Cole Protow is the step up brother to his wicked fast MC Metro design. The Protow is tuned for more powerful waves with a slightly shallower concave, added rocker and a rounded pintail shape. Under close inspection, this board has a noticeably thinner rail than what the listed dimensions would indicate. The max thickness is kept under the chest and along the stringer. This thinner rail combined with the crisp edge gives the Protow unreal hold and confidence in steep, faster breaking, powerful waves. 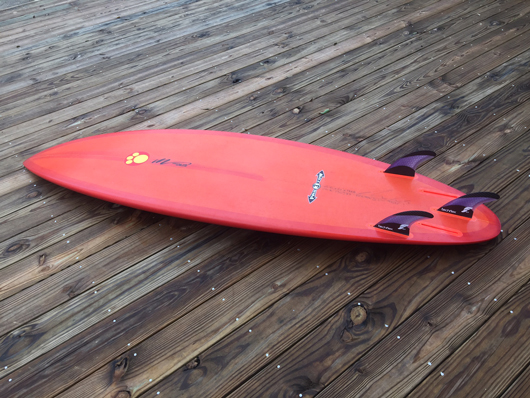 Nose to tail, the foam is also highly concentrated under your chest with a thinned out nose and tail section. This keeps swing weight down and grip up, while maximizing paddle power. Equally at home in the tube or on the open face, the Protow has maneuverability in the turns that some other compact step-ups lack. 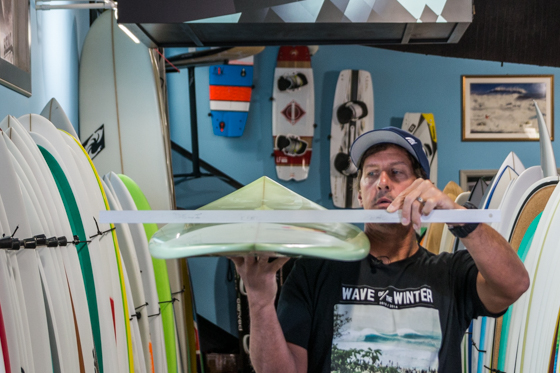 Maurice Cole likes to build a faster surfboard. He knows how to make them strong too. The MC Protow focuses on speed, hold, control and confidence in bigger surf. The Protow has the majority of its foam concentrated under your chest, with foiled nose, tail and rails. 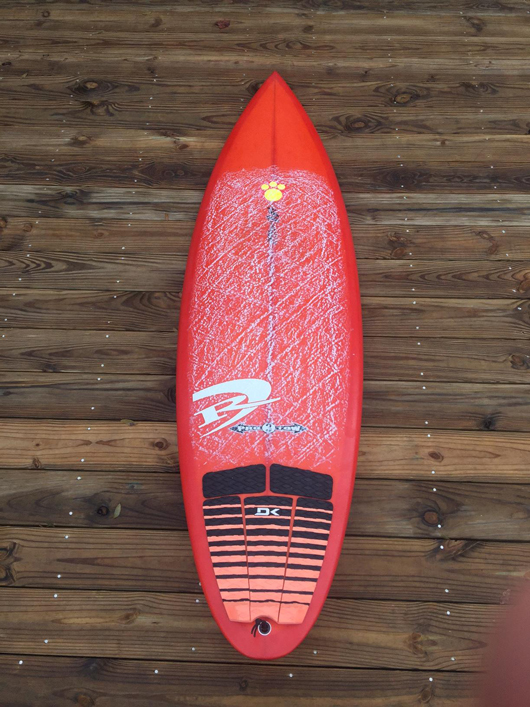 We surfed this board in 6’3, 6’6, 6’8 and 7’0 sizes, in both Cape Hatteras and Puerto Rico. The concentration of foam centered underneath your chest is noticeable and really helps in paddling, catching waves and beating current. Keeping the nose thin keeps it lighter which helps when swinging it around through turns. This board has good maneuverability on the open face, which is sometimes lacking in some compact step-ups. The edge hold on vertical waves is completely off the charts. The thinned out, crisp edged rails give you unreal hold and highline confidence. When you go back to a rounded rail it makes you feel like someone took your fins off. The crisp edge is also faster, as the water leaves the board faster with less drag. Bottom line? This board hauls ass and makes un-makeable waves more makeable.

The Protow features MC’s pronounced concave bottom shape, although not nearly as deep as his Metro design. The combo of the concave bottom and thinned/crisp rails make for a very stable platform for paddling, popping up and surfing. Maurice likens it to how a catamaran is more stable than a monohull. If you don’t like his futuristic philosophy, know that it makes a difference when you’re surfing it. The concave also adds rail rocker, which helps in loosening up the board for open face turns. 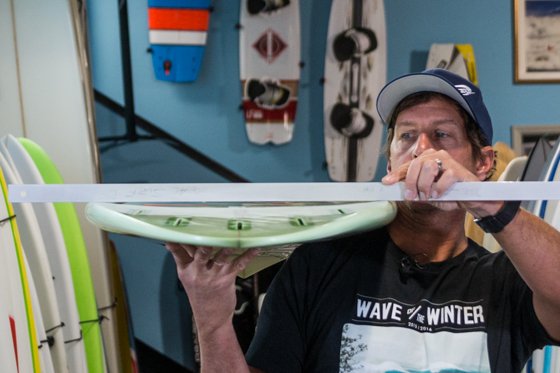 As much as Maurice focuses on leading edge design, he also keeps a keen eye on durability and what keeps your step-up intact in board breaking conditions. Maurice pays close attention to stringer choices, glass weights and quality, and color work to make sure the board is as strong as it is high performance.

Insider info:
Most Protows come stock as a tri fin, although 5-fin is an option as well. With the added edge hold these boards have, we’ve noticed you can ride smaller fins and have all the drive you’ll ever need plus added maneuverability. If you ride yours and it feels a bit stiff, try sizing down your fins. That will make a huge difference. This board doesn’t seem to need the fins as much for drive, as it gets almost all its drive from the rail thinness and crisp edge shape. 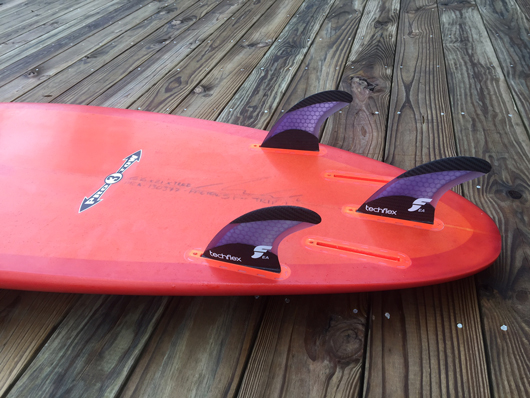 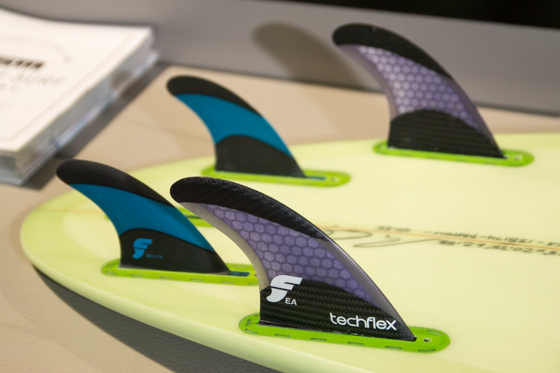 As a quad set-up we added the Futures QD2 3.75 TechFlex Quad Rears

Why you want a Maurice Cole Protow:
You’re looking for a fast step-up board that’s good both in and out of the tube. The MC Protow is one fast racehorse.


1/4 inch vee in the nose deflects chop and decreases wind lift in large conditions. There is also more thickness under the chest, with a flat deck and a chined rail, meaning the board feels thinner under your arm but has hidden volume under the chest.

Denting visible on board, one repair made on bottom.