With the recent revolving roster on their pro team, Rusty found it time to revamp their high performance shortboard offering, focusing more on the target conditions and less on the pro-model themes. The new Rusty SD is the first board released in this new shortboard program. The SD features a relaxed rocker line with a generous tailblock, to provide noticeable speed and acceleration out of every turn. The SD is a great “go to” shortboard that can handle a wide variety of conditions. 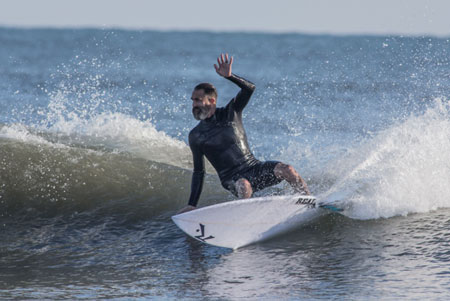 • Foiled rails for sensitivity and control at speed

We surfed our Rusty SDs in Cape Hatteras and mainland Mexico, in a variety of conditions from small, peaky beach break, to larger, drawn out points. The Rusty SD excels in waves knee high (for pro lightweights) up to well overhead. Mortals will appreciate this board starting at clean thigh to waist high.

Several things worth noting on the SD are how easy it catches waves and how quickly it accelerates when pumped rail to rail. It’s wider than a full on high performance shortboard, but not by much, which keeps the rail-to-rail flow quick and easy. This board reaps most of its low-end power from the wider nose and tail block, added volume along the stringer, and flatter entry rocker. 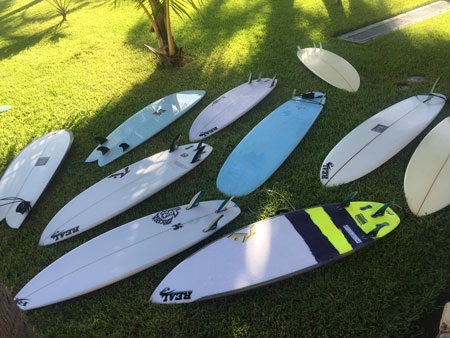 Like we say in the video, this is an easy shortboard to catch waves on and surf at a high level. The SD is not a “pro only” shortboard. It basically feels like a high performance extension of your body. When you think, it goes. The SD paddles and catches waves easily, even after coming off a groveler or twin keel fish. The reduced volume rails set into the wave quickly and allow the surfer to engage the wave right from the beginning of the ride, high up on the wall where all the speed potential is. The wider tail block gives plenty to push off of, because in any size surf, it’s better to have extra speed potential than not. 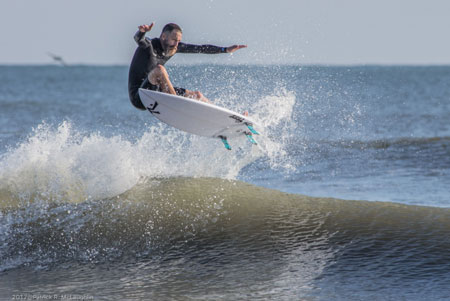 It was fun to surf this board in such a wide variety of conditions. We got to watch REAL teamrider Matt Keenan absolutely destroy 1-2ft clean Cape Hatteras beach break on it, then took another SD with us to Mexico to line it up on some head high, uber long, walled up points. The SD is lightning fast, with noticeable acceleration out of the turns. The rail is positive and sets deep in the water for full rail carves to bleed off all that speed. In bigger, longer lined surf, the SD keeps a nice tempo, alternating between smooth swoops and vertical hits. Off the top, the SD throws buckets with a quick, clean release.


Our Rusty SD in Mexico and the review video is actually Clint Preisendorfer’s personal board at 6’5 x 20.45 x 2.8 @ 41 liters, built in Rusty’s new high tech “Torsion Spring” construction. If you’ve never tried the new Torsion Spring boards, you have to, and soon! When you bottom turn them, it feels like you’re getting sprung off a pogo stick. You literally spring and accelerate out of every turn. They don’t have that light, chattery feeling, since Rusty developed a higher density, waterproof foam blank for them. These boards are laminated with epoxy resin and a vacuum bag, which creates a perfect lamination and allows the excess resin to be taken out of the board. The weight saved on resin, is put back into the board with a more sturdy glass schedule. The end result is a lighter board, that is waterproof when dinged, has incredible deck durability, and crazy spring out of the turns. Two thumbs up for Rusty Torsion Spring. For more info on Rusty’s new Torsion Spring construction click HERE.

Our test board had an FCS2 5-fin set up, but since most SD’s are dedicated thrusters, we stuck with three fins and alternated between FCS Performers on the beach breaks and FCS Carvers on the points. The tailpad on our test board is a Rusty three piece tailpad with arch bar.

Why You Want a Rusty SD

You’re looking for an easy to surf, high performance shortboard that excels in a wide variety of mainland surf conditions. The Rusty SD delivers high wave counts, incredible acceleration, and a variety of turns in waves of all sizes. Add the Rusty Torsion Spring construction if you really want to light it up! 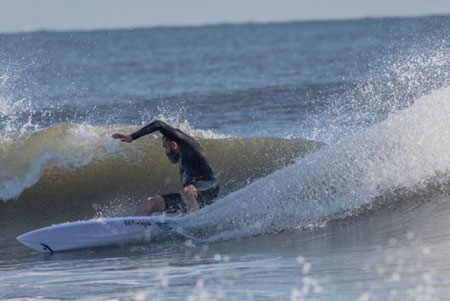 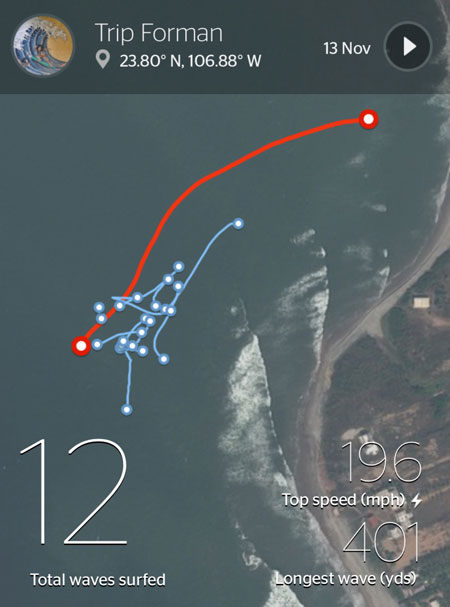 
The “SD” performs well in everything from the softer beachbreaks of Del Mar and Leucadia to the hollow reef breaks of La Jolla and Sunset Cliffs. Because of the versatility of the SD design it is the ideal one board quiver for a trip to anywhere on the East Coast.

Rusty Description:
The new “SD” or, San Diego shortboard, is designed to be the ideal go-to shortboard for Southern California. The “SD” performs well in everything from the softer beachbreaks of Del Mar and Leucadia to the hollow reef breaks of La Jolla and Sunset Cliffs. Because of the versatility of the SD design it is the ideal one board quiver for a trip to anywhere on the East Coast.
We took the predictable performance of the Yes, Thanks and dialed it in for smaller, softer surf by adding volume, a little width, and an increase in thickness. The rails of the SD are foiled with a low apex. A crowned deck helps maximize the volume in this fun shortboard. The bottom of the SD has a deep single concave that allows the board to generate speed through the flats. Ride the SD 2""-4"" shorter than your traditional shortboard due to the additional volume, and enjoy the results of this looser, faster precision shortboard!


SHAPER'S CONCEPT
The idea behind the Torsion Spring is to create a one piece hull where the left side talks to the right side with dynamic flex without losing kinetic energy from the wave. This core gives you the quiet, smooth, feeling of a polyurethane board but the lightness of an EPS board. Fully waterproof, if you get a small ding, you don’t have to worry about ending your session. The Carbon Kevlar tape used along the rail in this 3D perimeter reinforced construction resists buckling. The way it wraps onto the top of the tail in the fin zone frees the tail up and provides extra rebound out of turns. Biaxial cloth is used to increase compression resistance without noticeably affecting the flex.

IDEAL CONDITIONS
Torsion Spring works great from knee high all the way to double overhead plus and exact conditions will of course vary on the board model in which the Torsion Spring is applied. TST will make you surf faster, quicker and looser with lots of drive. It will outlast your strongest board and yet it will be lightest in your quiver.

WATERPROOF CORE
The WPC (waterproof core) is a special developed blank that is waterproof, stronger and lighter than PU, with great flex and spring. The blank does not take in water, so if you get a ding in the water you can be back in the lineup faster than ever before.

CARBON KEVLAR
The ""carbon kevlar"" is a carbon fiber mesh in a matrix, but includes kevlar fibers to add some strength. While being light and stiff, the carbon fiber isn't particularly strong. By adding some kevlar, you sacrifice some lightness (ie, it's heavier) but gain some strength.

STRINGERLESS
Because the board is stringerless, it removes the two-dimensional restriction of the board to deliver on that engineered flex. It doesn't have anything in the middle of the board, therefore, it does not divide the board by two sides. It lets one rail communicate to another rail when you are turning or when you are snapping off the lip.