The ...Lost Puddle Jumper was, and still is, a smash hit in both PU/Poly and Lib Tech constructions. The PJ crushes small waves with a fast and snappy performance, and even holds its own when the surf bumps up a bit.

Since small to pulsing is where most surfers spend 99% of their time, it makes sense that this board would be one that you would spend the most time on, feel the most comfortable on, and breed the most confidence on as the surf starts to turn on. This led to more and more surfers pushing the limit on their Puddle Jumpers, and eventually some of them ordering custom designed Puddle Jumper round pins to tailor fit this design into larger, more powerful surf. The result is a board that still grovels well, but also holds in when the surf steps up in size.

What We Like:
We took this board to Puerto Rico on a recent strike mission with two back to back swells. When the surf's not good for your 6'0, but perfect for your 8'0, that's the best excuse for not having the right conditions to test a board. The surf finally settled into the PJ RP range on the third day of the trip, and gave us three days of thigh high to overhead surf to test the full performance spectrum of this board. 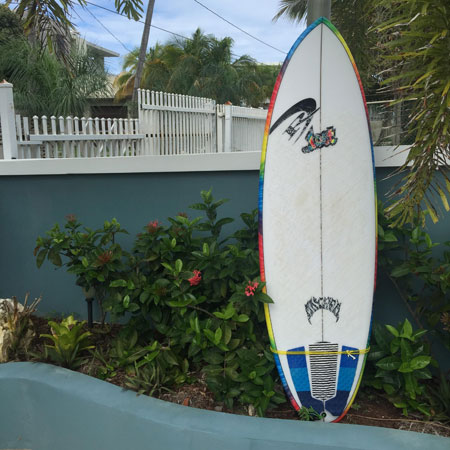 Our first session was in glassy, thigh to shoulder high, backside reef/point waves. When you look at this board, you expect it to work in better waves, but question if it will still retain the powerful, fast, snappy performance the OG Puddle Jumper is so famous for in small waves.

The first 5 or 6 waves were all smaller ones in the stomach high and below range, and again, all backside, with a larger surfer. Small wave, backside surfing is every bigger surfer's Achilles heel, but the Puddle Jumper Round Pin didn't seem to know that. The board is super fast and took off down the line in minuscule surf. Even if you "missed" a wave, the PJ RP had the paddle power to catch back up to it and literally paddle over the back and get you into the wave, and this was with swell sore arms after two solid days in pumping surf.

Once on the wave, the board pumped speed with ease and had that nice roll through the turns that round pin fans love. The tail retains its width forward, which made it easy to surf with your back foot on the front of the tailpad to take advantage of the extra width (and lift) in smaller surf. Off the top, the PJ Round Pin has a nice snappy turn, very much like the standard Puddle Jumper with a squash tail. In the tiniest of surf you can even trim forward on the board to take advantage of its wider nose and easy glide. Easy paddle, extra speed and plenty of snap in the turns make the Puddle Jumper Round Pin a winner in smaller surf. 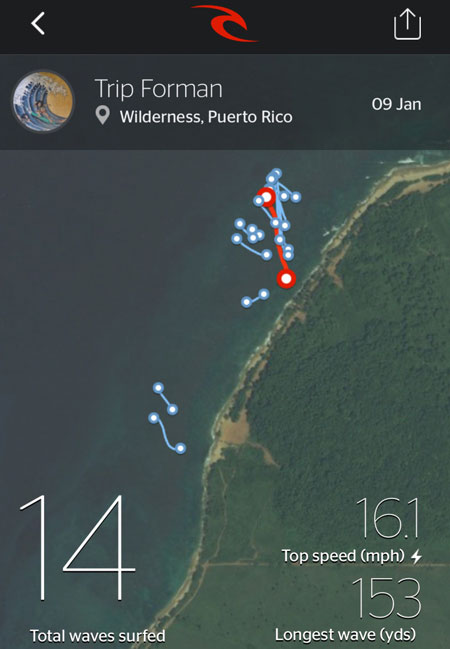 Session #2 on the Puddle Jumper Round Pin

Our next session on this board was at another reef break, this time with side onshore winds, and crumbly (but still with some punch) waist to head high waves. Most of the waves were backside again, and the board took off with noticeable speed. On a wave that looked so so from the beach, the Puddle Jumper Round Pin made it into a super fun session, blazing down the line and throwing buckets.

The last session on the PJ Round was further down the beach in cleaner, and most of the time, larger conditions. Rather than just three of us, this peak had about 25 surfers, making it more competitive for grabbing good waves. The Puddle Jumper Round Pin lived up to its claim of working better in juicier surf, and also managed the lineup well with good paddle speed and the ability to scrape into the bigger sets. 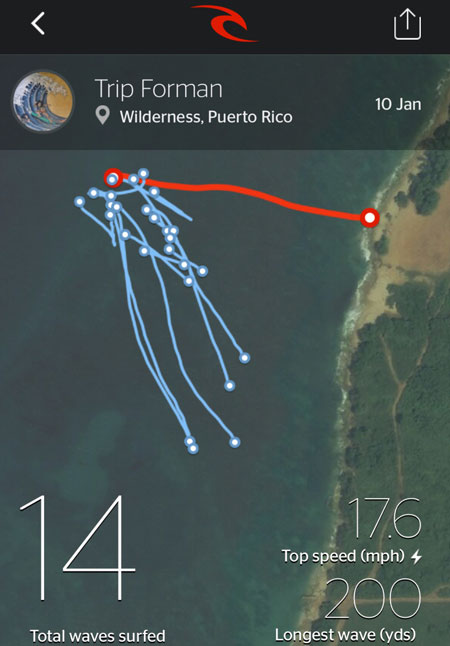 Session #3 on the Puddle Jumper Round Pin

The rights off this peak had some really soft shoulders further inside, especially on the smaller waves, where the OG squash tail Puddle Jumper would have been nice for pushing hard thru the turns. This is where it became clear to us that the PJ Round Pin likes smaller waves, even tiny ones, as long as they're a little bit steeper with a bit of punch. If the wave face is super flat and mushy, the squash tailed PJ gives you a bit more push in the turns.

The bigger rights (backside) and all the lefts (frontside) had a good bit of speed and push to them. Wave of the day ended being a left back to the parking lot with a solid snap off the top, followed by some high line speed pumps and a high speed wrap back into the pocket, ending with a late vertical tag up into the closeout section. Testing done, this board works!!!! 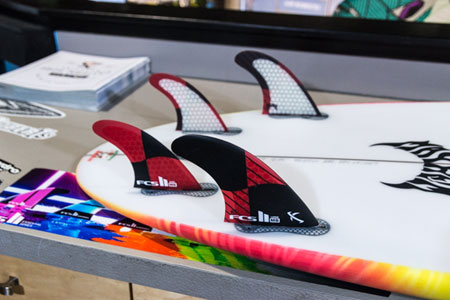 This board works well either Tri or Quad although quad definitely has a bit more speed in the softer surf. On the waves that were predominantly backside, it liked a bit more size on the front fins (XL Performers) this translated to more drive and speed in sub par conditions. When you went frontside on these larger fins, you definitely felt the extra size and the board almost felt like it was tripping over the fins. We never got a chance to try this board with twin plus trailer, which is one of our favorite set ups on the squash tail PJ, but with how well the Round Pin worked backside with larger front fins, we bet it would also shine with the twin plus trailer - either MR TFX in FCS2 boxes or T1s in Futures boxes.

The FCS2 Mayhem L (for larger surfers) worked well in most conditions, especially in the upper two thirds of the wave range of this board. On "wave of the day" this set up was magic.

The tailpad we used on this board was the ...Lost Mini Driver 3-piece. This pad has enough tail block width, and when opened up a bit, covered the tail area perfectly. We've been using ...Lost tailpads on a number of our test boards and really liking them.

Why You Want This Board:
This board makes groveling fast and fun, and has top end when the surf comes up.


The ...Lost Puddle Jumper Round Pin can still be ridden in very small waves with ease, yet can also handle much larger and powerful surf.

...Lost Description:
Over the course of 2015, we made a few of these round tail PJ's as custom orders mainly for people looking to get a little more range out of a board design they really liked. It’s essentially the same board as before, but with a rounded tail that is narrower in the last 18', and with just a subtle bit of extra rocker bent into the tip and tail. The stock dims are scaled a bit differently, taking into account that many people will ride the round tail 1" - 2" longer than the original squash tail PJ. This board will still ride very small waves with ease, yet can be ridden in much larger and powerful surf than the OG Puddle Jumper. The curvier outline (and slightly extra end rocker) fits better in tight radius beach breaks while holding long arcs with control in large, open face point and reef waves...all without forsaking paddle power and stability.