...Lost teamed up with Lib Tech to produce a durable, eco friendly version of their best-selling small wave shredder, the Puddle Jumper.

"Since I first saw Lib Tech's ECO-ISO construction, I wanted to build a board with it."

...Lost teamed up with Lib Tech to produce a durable, eco friendly version of their best-selling small wave shredder, the Puddle Jumper.

"Since I first saw Lib Tech's ECO-ISO construction, I wanted to build a board with it."

Lib Tech has been making surfboards for a few years now. While the construction is groundbreaking, the shapes needed a bit of work to catch up to the build technology. With the collaboration of Matt "Mayhem" Biolos of ...Lost Surfboards and Mike Olson of Lib Tech, that "bit of work to catch up" has just been realized producing a performance surfboard that exceeds the "ding dang dung" durability specs of anything out there. 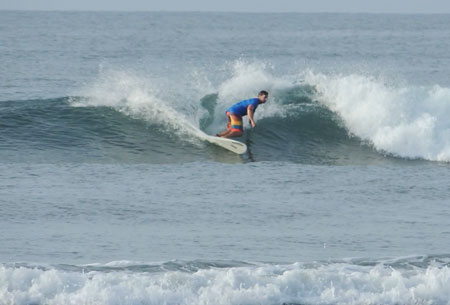 To start off, we received this board just a day prior to boarding the plane to Las Flores Surf Club in El Salvador. The land of the perfect right points, combined with a less than average surf forecast, was the perfect place to dial this board in and get a good feel for it. Even with “less than average waves” by locals' standards, we still scored a few waves in the 300 yard range. The length of the rides and tracking capabilities of the Rip Curl GPS Surf Watch watch helped us dial in the fin set ups and sweet spot of the board. 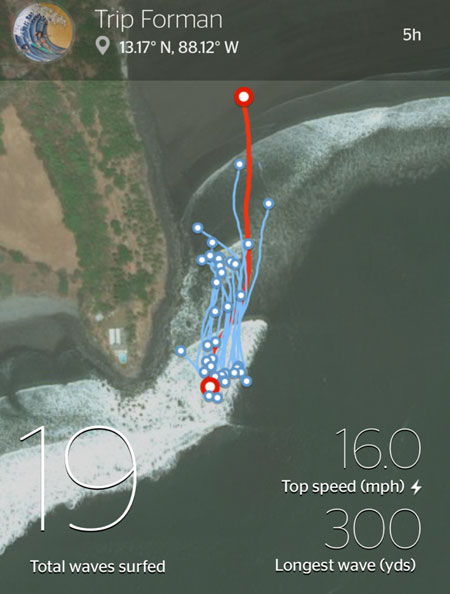 Regarding the design, the Lib Tech …Lost Puddle Jumper is a replica of a proven small wave performer with a slight change to the tail shape. The winger gives the board a nice snappy release off the top of the wave. The range on this board starts anywhere from ankle high with an advanced surfer to knee high with surfers of intermediate level. On the upper end, we surfed this board up to barreling chest high, and also on flatter faced point waves that had a head high takeoff. With the long flatter rocker, it will feel a touch sticky in the rounder stuff, but actually handled better than we thought it would, especially when the sneaker sets showed up. 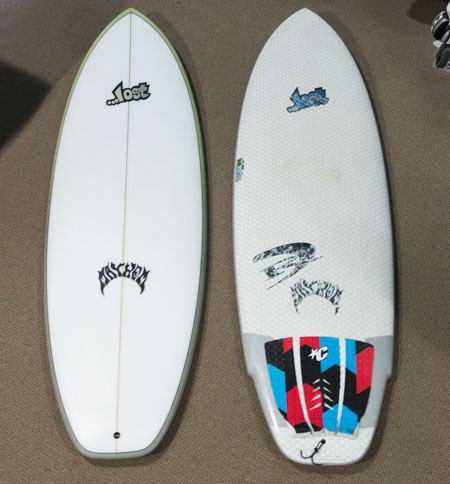 The Puddle Jumper likes to be surfed with your back foot on the pad. This is different than the RV and LayZboy, where you can surf it from literally anywhere on the board. With your back foot on the pad of the Puddle Jumper, it has a fast and pivoty feel in the turns. The wing, combined with the extra rail rocker created by the concave bottom shape allow for tight snaps for a board this grovel oriented. The combo of wide outline and flat rocker also make it a wave catching machine. Whether it’s small or mushy (any size) surf, this is a good “go to” board in your quiver.

The Lib Tech construction has a nice feel to it on and off the water. The board is relatively light, but not too light to lose momentum in choppy conditions. It also absorbs vibration well with a nice damp feel when the onshores and chop pick up. “Does it float you more?” is a popular question. Anything lighter with the same volume, floats more, so it does have a touch more float than what the volume indicates, but not so much more that you’re going to ride it smaller than you would in a PU/Poly construction. Keep that micro percentage of extra float in your hip pocket for extra wave count, glide, or sporting your full 5mm uniform with ease in the winter. All around the “feel” on the water and float were both good in our books. 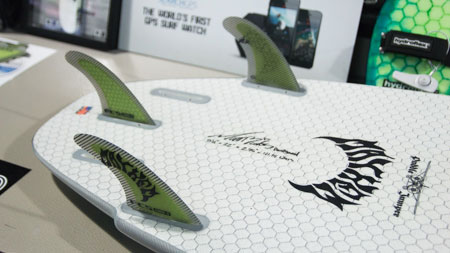 We got to surf this board in nearly perfect point break conditions (for this type of board). That meant smaller and slopey with sections that need speed in order to connect them. When trying different fin set ups, we experimented with thruster, quad, 2+1 and quad with knubster. We found the thruster to be noticeably slower, suitable for tight pocket surfing but not so good for making sections or generating a ton of speed. 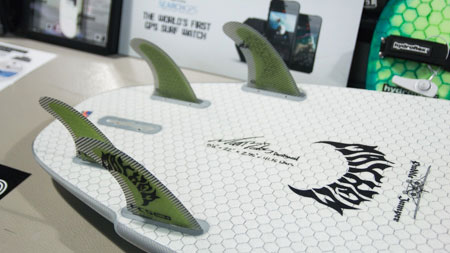 We switched to quad set up and the board immediately lit up with more speed and noticeably less drag. The only negative we found with this set up was when you're bringing the board around in a big roundhouse and sticking it back up into the lip. Sometimes the board would "stick" flat and not allow you that extra vertical turn right when you need it, sending you straight into the lip (at the waist ...hahaha). 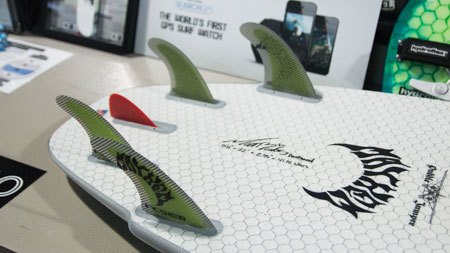 We cured this same scenario on the ...Lost Couch Potato by adding a small knubster center fin. On the Lib Tech Lost Puddle Jumper you can do the same. 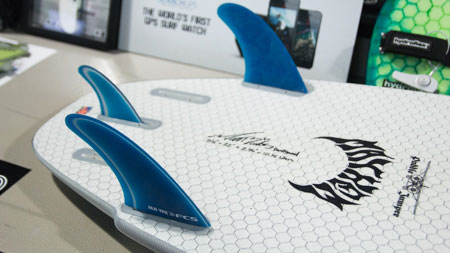 The last fin set we tried was the classic MR TFX twinny plus trailer. This had more speed than the thruster but less than the quad. It had close to the pivot of the thruster, and also no "flat spin" of the quad. We really liked this fin set up in the Vernor Double Barrel Shotgun with its similar winger tail and it worked well on the winged squash of the Puddle Jumper as well, providing the good characteristics of both thruster and quad combined into one package.
The adjustability of the Lib Tech fin system allows you to fine tune any of these set ups. By positioning the fin cluster tighter together, you make the board looser and more maneuverable. By opening up the fin cluster, you add drive and more hold in longer drawn out turns. This means you can not only tune your fins to the conditions and your preference, it also means that one set of fins will provide you with more range.

You want a proven small wave performer in a proven durable construction. This boards makes all of your small/mushy wave surfing fun and the peace of mind of extreme ding resistance is AWESOME!