Earlier this week we all witnessed one of the biggest swells the North Atlantic has ever seen, creating monster surf for the entire west coast of Europe and Africa. 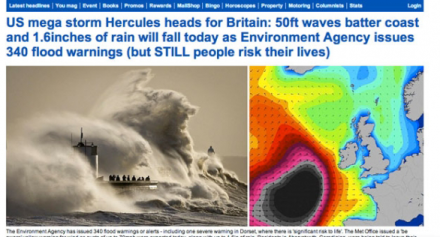 Many of you probably know that our chances are limited for waves from these storms because the systems are always moving away from us but we wanted to find out more.

Time to call in an expert.

I caught up with magicseaweed.com‘s head forecaster, Ben Freeston to learn more.

Why do huge Atlantic storms not generate any significant swell on the east coast of the USA?

Ben: “The coriolis effect causes the West to East deflection of winds that drive storms and weather patterns across the Atlantic in a direction that generally means the fetch is productive for Europe and less so for East Coast US.”

This recent storm was particularly big. Is there theoretically a storm big enough to create swell for the east coast?

Ben: “Short answer ‘no’ – sorry! For exceptional swell like this we rely on both really strong winds and the storm to move with the swell to continue to build energy into it. Because the winds in a Northern Hemisphere storm rotate anti-clockwise you’ll be looking at the winds in the northern portion of the storm. Here you have two issues, firstly this portion of the storm tends to be weaker and its northerly latitude tends to mean the bulk of any swell generated impacts further north. This sort of swell isn’t unusual in Nova Scotia, for example, but much more moderate in size as you head south into the US. For that storm path to build energy into a swell you’re also going to miss out with the West – East storm path. That’s a critical component in the power of a swell like the one we’ve just seen.”

How is this different to a big pacific storm, which seems to generate swell for all pacific facing coastlines?

Ben: “Hurricanes! The key difference here is that further south, in the region that hurricanes form, the dominant steering mechanism moves storms East – West – which is why you get all the good news here. Again this patterns is repeated globally in favour of East facing coastlines – East Coast US, Japan, East Coast Australia and New Zealand, the Philippines etc.”

As the monster swell was doing its damage over the pond on Monday, a new low pressure system moved off the East Coast. It may not look like much on the chart below but it actually created a 1 day window for really fun waves and solid barrels all up and down the coast.

That’s the great thing about the East Coast; it doesn’t take a big newsworthy storm for us to get great waves. So while the world is looking the other way, East Coast surfers are quietly scoring great waves all year long! 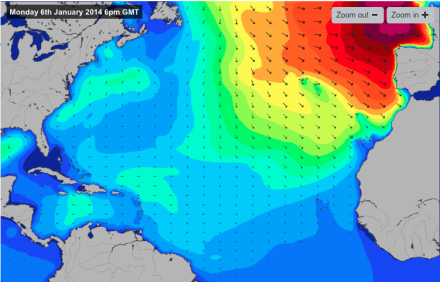 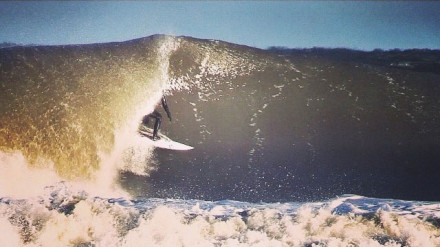 Thanks to Ben and MSW for keeping us in the water and helping us score when it’s on. The S-Turns forecast spot is just a couple of miles down the beach from us! Magicseaweed S-Turns Forecast.